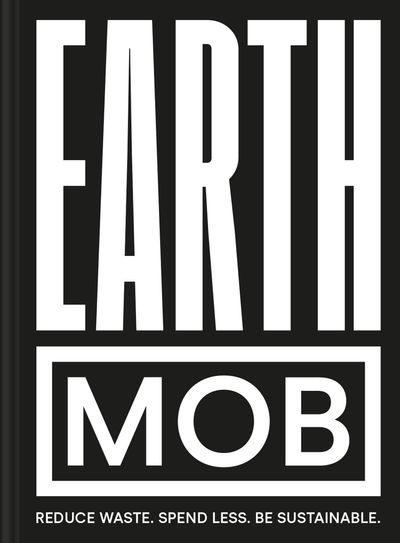 This is the MOB manifesto for change: a straight-talking handbook that deals with the ecological problems of our age and shows us how we can tackle them from our kitchens, the MOB way.

MOB Kitchen are the pioneers of budget-friendly food for the masses and with their core demographic sitting in-between Gen-Z and Millennials it’s time to address the concerns of a generation and equip the MOB with the core principles of how they can cook, eat and live green.

Earth MOB seeks to answer some of the most commonly asked questions surrounding food production and its impact on the environment and what we can to reduce our footprint. From sustainability to seasonality, plastic-free and zero-waste, Earth MOB is filled with thrifty kitchen tips and delicious recipes to help you save money and cut down on food waste as well as advice on how to shop and store food more efficiently. With information on sustainable food swaps, intuitive cooking hacks and how to make the most of your leftovers, this small but mighty book is the go-to for any ecologically-minded cook.

Join the Earth MOB and let’s start making a difference.

Author: MOB Kitchen
Format: Hardcover
Release Date: 23 Mar 2021
Pages: 128
ISBN: 978-1-911663-27-0
MOB Kitchen is the multimedia platform created by Ben Lebus, author of the bestselling books MOB Kitchen and MOB Veggie. After spending years watching students browse tirelessly through food porn videos desperate for something to eat other than pesto-pasta, Ben decided to launch MOB Kitchen, with delicious recipes that fed 4 people for under £10. MOB Kitchen became an immediate success and, since 2016, it has grown both as a team and as a platform. With an Instagram following of over 250k and two bestselling cookbooks MOB Kitchen is the go-to resource for students and young professionals looking for incredible food on a budget.