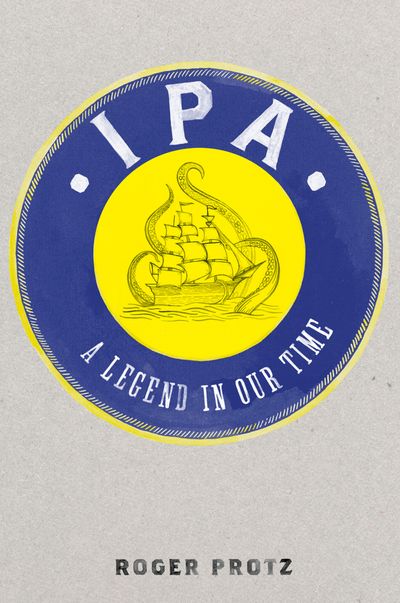 IPA: A legend in our time

This is a long-awaited book from Roger Protz, a highly respected authority on beer, on the rebirth of IPA or India Pale Ale – one of the most popular styles in today’s craft beer revolution.

Around the world, young brewers, with passion, reverence and commitment, are bringing flavour back to beer after decades of domination by global giants and their bland products. Such is the fervour for IPA that the journey started by India Pale Ale in Victorian England is far from over.

1. How the revival started: Covers the fascinating events that caused IPA to take off in the early 1990s, both in London at seminars and festivals, and in the US. By 2014, IPA is the leading category at the annual Great American Beer Festival. The renaissance is now worldwide, with IPAs brewed in Australia, Belgium, Canada, Denmark, Germany, Italy, Japan and elsewhere.

2. The history of IPA – its rise and fall were equally spectacular: Starting out as a beer for India, the style was first developed at the turn of the 19th century by a small brewery, Hodgson’s, in East London. A three or four month journey to India was ideal for the style of beer and soon other breweries were sending large supplies to India. But IPA’s hey-day is brief. By the end of the century, American and German brewers were sending lager beer to India and supplying ice to keep it cold. British brewers retreated and classic Victorian IPAs were dead.

3. How IPA is made: Covers the 19th-century method of brewing IPAs in Burton; and other recipes from craft breweries now using Victorian recipes.

4. Classic IPAs: Classic IPAs from the 19th century – Ballantine’s IPA in the US, Worthington’s White Shield in England and McEwans in Scotland.

5. The great revival: The role of New World hops from the US and New Zealand in creating dynamic new aromas and flavours for modern IPAs. Country by country tasting notes and key recipes for some 250 of the world’s best IPAs, including the US, Britain, Canada, Australia & New Zealand, Belgium, Denmark, Germany, Netherlands, and Japan.

6. New beers on the block: The worldwide popularity of IPA has led to imaginative spin-offs from the traditional style.

Author: Roger Protz
Format: ebook
Release Date: 15/02/2018
Pages: None
ISBN: 978-1-911595-51-9
Roger Protz is a beer writer with an international following. He has written more than 20 books on the subject, including the best-selling Ultimate Encyclopedia of Beer and 300 Beers To Try Before You Die. He edits the annual Good Beer Guide, published by CAMRA, the Campaign for Real Ale. He writes for the Morning Advertiser, BEER and What's Brewing in the UK, All About Beer in the United States and Beer & Brewer in Australia. He stages talks and beer tastings in a number of countries, including Friends of the Smithsonian in Washington DC and the World Beer Festival in Durham, North Carolina, at the Great British Beer Festival and the BBC Food Show in the UK, and Beer Expo in Melbourne, Australia. He judges at the Great American and Great British festivals and the Brussels Beer Challenge. His awards include Drink Writer of the Year (twice) in the Glenfiddich Awards and gold and silver awards from the British Guild of Beer Writers. He has been given lifetime achievement awards from the British Guild of Beer Writers and the Society of Independent Brewers. His website is www.protzonbeer.co.uk