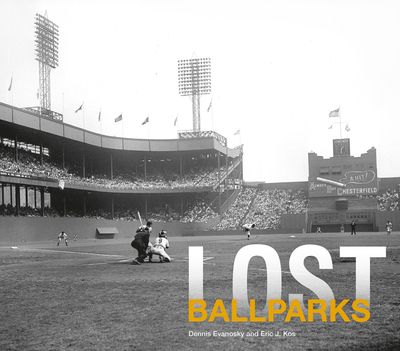 Lost Ballparks takes the successful format of the Lost series and applies it to the cherished ballparks of the past, from Anaheim and Atlanta to Toronto and Washington.

Author: Dennis Evanosky , Julia Bird
Format: Hardcover
Release Date: 01 Apr 2017
Pages: 144
ISBN: 978-1-911216-49-0
Dennis Evanosky and Eric J. Kos publish the Alameda Sun, a weekly newspaper across the bay from San Francisco. Dennis has written three books about Bay Area history. Eric graduated from the Rhode Island School of Design in 1977. He has written for and designed various publications before forming Stellar Media Group Inc. in 2001. Dennis and Eric first teamed up in 2004 to write East Bay Then and Now and in 2010 Los Angeles from the Air Then and Now. They are also the authors of Lost San Francisco.