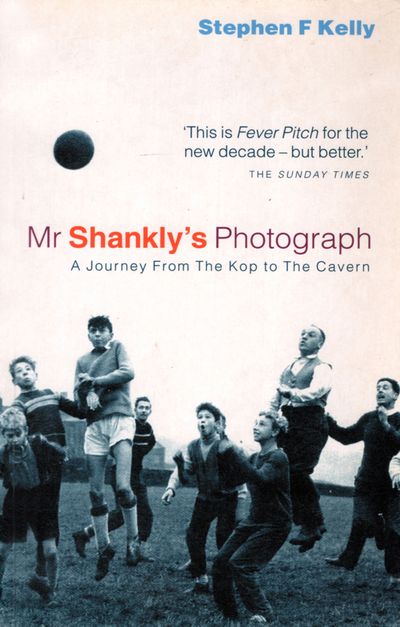 Mr Shankly’s Photograph: A Journey From The Kop to The Cavern

The story of one young lad’s journey into adulthood, inspired by a man who was to become an icon.

A holiday photograph of a 10 year old lad leaning over the garden fence with the Huddersfield Town manager Bill Shankly is the starting point for an enduring bond. Shankly, the Kop and the Cavern. Was there ever a more thrilling place for any young person than Liverpool in the sixties? Yet is the pull of the city with all its attractions overwhelming enough to defy the boy’s own burgeoning ambitions that seem destined to whisk him away from the team that he loves so much?

This is not just a tale about football, it’s about life in Liverpool: Anfield, the Beatles, Cup finals, Catholicism, girls, the shipyards and the politics. It’s the story of one young lad’s journey into adulthood, inspired by a man who was to become an icon. You never know how good it is until it’s gone. That was Liverpool in the sixties.

Author: Stephen Kelly
Format: Digital download
Release Date: 15/02/2018
Pages: None
ISBN: 978-1-911042-99-0
Stephen F Kelly, a lifelong Liverpool fan, worked at the Camel Laird shipyard for six years before attending LSE. He then became a political journalist. In 1978 he joined Granada TV, working on programs such as World in Action, leaving to become a freelance writer for the Guardian, the Daily Telegraph, The Scotsman and The New Statesman among others. Kelly has written acclaimed biographies of Kenny Dalglish and Graeme Souness as well as what is probably regarded as the definitive work on the man himself, the late Bill Shankly.