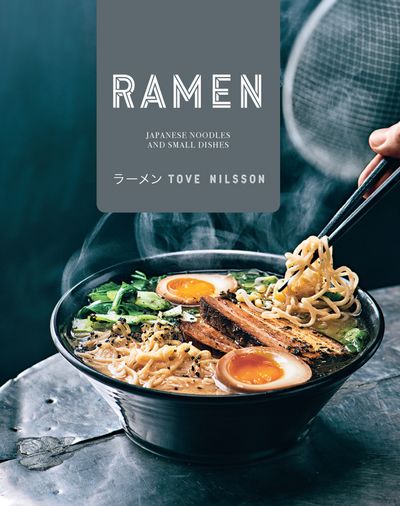 Picture a generous bowl filled to the brim with steaming hot broth.

Its perfect surface intricately patterned with tiny droplets of oil; the flavour enhanced with algae, miso, dried fungi and fish sauce. Thin and springy noodles nestle in the base, while a sashimi-marinated cut of pork or chicken sits atop, the meat meltingly tender after up to 48 hours of simmering. A bobbing soya-marinated egg and an array of toppings add a colourful finishing touch.

Tove Nilsson is a ramen addict. Every time she travels abroad, she is looking for her next ramen fix – a large bowl filled to the brim with steaming hot broth that’s been simmering for up to 48 hours; flavours boosted with dried mushrooms, seaweed, miso and dried fish, and many other delicious things.

There are few dishes as addictive and universally popular as ramen. From backstreet Tokyo diners to the hottest establishments in LA, via the chic laid-back ramen bars of London’s Soho, you will find the most complex of flavour combinations, all in a single bowl. Including 50 mouth-watering recipes, from homemade broth and noodles to complementary dishes and sides such as udon, gyoza, pickles, okonomiyaki, and tempura, this cookbook will transport you to the vibrant streets of Japan via your own kitchen.

Author: Tove Nilsson
Format: Hardcover
Release Date: 01/09/2017
Pages: 152
ISBN: 978-1-911216-44-5
Tove Nilsson is a Swedish chef and food writer who has made it her life’s mission to slurp ramen all over the world: New York, London, Los Angeles, Berlin and Tokyo included. From the very first bowl, she became a ramen addict and has since searched ceaselessly for the ultimate broth and the tastiest noodles. She writes regularly for leading European food journals and makes frequent TV and radio appearances.