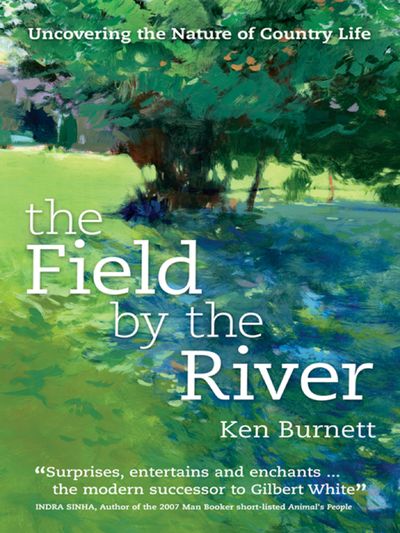 The Field by the River

‘A simple walk in the woods becomes a year-long adventure packed with mysteries, insights and wonder, often all on the same page. Ken’s ‘Field’ will make you happy and, possibly, consider investing in rugged new footwear.’ Emma Thompson, Oscar-winning actress and screenwriter

Following a chance encounter with a kingfisher whilst walking his dogs in the overgrown field adjoining his Breton home, Ken Burnett is struck by the realisation that despite having lived in a quaint French hamlet for the past thirteen years, encircled by farmland, he knows next to nothing about his surroundings. He resolves to examine nature’s little wonders rather more closely, with surprising and delightfully funny results.

Accompanied by his three trusty dogs, and aided by wife Marie and a full complement of endearingly eccentric neighbours, Ken conducts a twelve-month observation of his field, which is, upon further inspection, rich with wonder. From foxes to wild flowers, magical mushrooms to mothering moorhens, Ken discovers that his unassuming patch of land is as bursting with life as any major city.

The Field By The River is a thought-provoking and enchanting work; a joyous, charming celebration of the fragile, interconnected ecosystem that can be found if we only take the time to part the leaves, look under the mosses or overturn a stone.